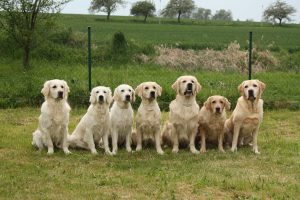 Dr. Lott, a native of East Texas, attended Texas A&M University where he received two Bachelor of Science degrees—one in animal science and one in veterinary science. He also attended veterinary school at Texas A&M and graduated with honors from the College of Veterinary Medicine in 1995. Upon graduation, he began mixed animal practice at Ward Animal Hospital in Nacogdoches. He later moved to Southwood Drive Animal Clinic in Lufkin, Texas where he also practiced veterinary medicine on numerous species. In 2000, he took a position at Pearland Animal Hospital in Pearland, Texas where he focused exclusively on small animal medicine and surgery. He also worked as a relief veterinarian at multiple Pet’s Choice 24-hour emergency hospitals in the Houston area. In July of 2002, he and his wife, Stephanie, purchased Appleby Sand Road Animal Clinic and moved their family back to Nacogdoches.

Dr. Lott uses a practical, analytical approach to medicine to diagnose his patients and makes every effort to effectively communicate with his clients about their pet’s health.

Dr. Totman was born and raised in Palm Springs, California. She attended undergraduate school at Fresno State where she earned her Bachelor’s Degree in Animal Science. After graduating in 2016 she attended veterinary school at Ross University School of Veterinary Medicine. She finished her clinical year at Texas A&M in December of 2020. After graduating veterinary school she moved to Nacogdoches where she worked for Angelina Animal Hospital for a little over a year.
Dr. Totman has two dogs named Maddie and Penny. She likes to spend most of her free time either outdoors or reading. If she had the choice, she would probably spend every weekend afternoon in a hammock reading a book.

Collin is a student at SFA and a veteran. He is a Certified Veterinarian Assistant. He has a passion for Veterinary Medicine and hopes to become a Veterinarian himself.

Callie is 24 years old and born and raised in Nacogdoches TX. She has been a vet tech for 7 years. She is currently attending SFASU, majoring in forestry for land and timber management. She has a three-legged Yorkie named Ernie that she rescued at the previous clinic she worked at. Callie spends most of her free time hanging out with her friends and family. Her plans are to continue living in East Texas and starting her career here.

Jess is currently enrolled at SFA as a biology student with the hopes of going to medical school to become a Forensic Pathologist. In her free time, Jess likes to spend time with family and her pets. Jess has been a vet tech for two years and loves working with animals.

Born and raised in California, she moved around for about 7 years to many different states exploring. She settled in Idaho for 5 years and started schooling to become a veterinary technician. After 3 years of gaining experience and knowledge in the career that she loved with a passion, she moved to Nacogdoches, Texas to continue her career. She has an amazing Australian Shepherd/ Pit Bull, along with two cats named Atticus and Mittens. She plans to attend SFA to study Veterinary Medicine and continue her career path.

Megan is from Chicago, IL. She was a combat medic in the Army. She ended up in Hawaii, where she went to Windward Community College to become a veterinary technician. She started her vet tech career in 2010, for a 24-hour emergency hospital. She, her husband and their 3 children moved to Texas. Since then, she has worked at several vet clinics and was a shelter supervisor at an animal shelter in Lufkin. When she is not working, she enjoys spending time with her family, horseback riding, hiking, and reading.

Accessibility by WAH
Call Us